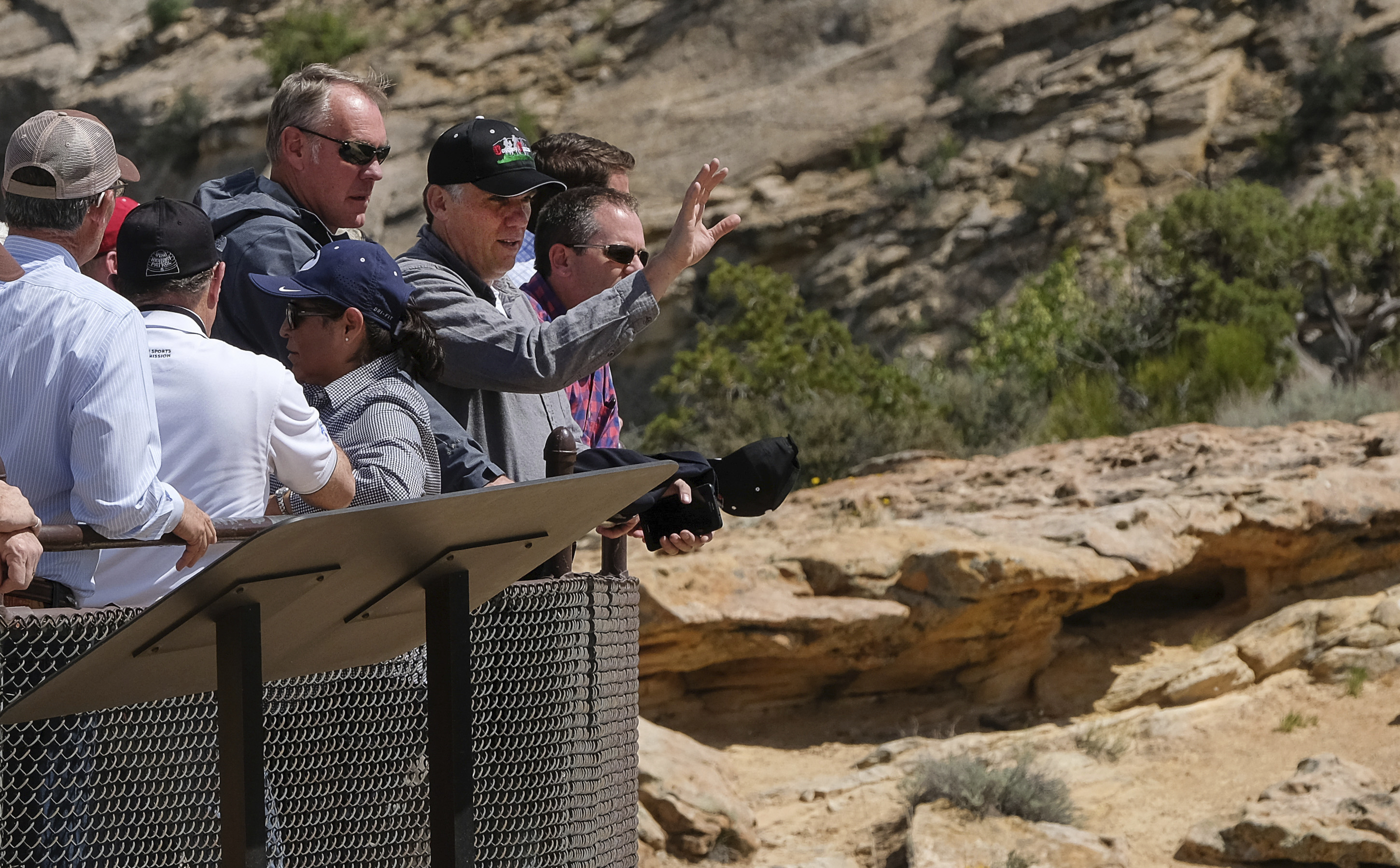 Based on the beautiful pictures and effusive praise he has posted to Twitter this week from one of the nation’s newest national monuments, you might never guess that Interior Secretary Ryan Zinke could set into motion the process to erase it from the map.

Mr. Zinke, tapped by President Trump to conduct a thorough review of more than two dozen national monuments, on Tuesday visited Bears Ears National Monument, a sprawling 1.35-million-acre stretch of land in Utah. It has become ground zero in the broader debate over whether the previous administration vastly overstepped its authority in cordoning off huge swaths of earth and sea as monuments to close them off from energy exploration and other human activities.

Critics of former President Barack Obama expect Mr. Zinke, after his detailed review, to determine that the designation of Bears Ears and other national monuments should be revoked, or at least reduced.

The secretary fully opened that door this week by saying Monday that he is not sure a monument designation is the “right vehicle” to protect Bears Ears and retweeting a group opposed to the monument with the hashtag #RescindBearsEars.

At the same time, Mr. Zinke has tweeted numerous photos of the wondrous sights he has been taking in — including breathtaking helicopter shots of Bears Ears. He also has been upfront about his deep love and appreciation for America’s monuments and public lands, sending something of a mixed signal to those on both sides of the debate.

“The trip today verified it is drop-dead gorgeous country. No question about it,” Mr. Zinke told reporters Monday, according to The Salt Lake Tribune. “We want to make sure everyone’s voice is heard.”

Bears Ears is just one part of the broader review. More than two dozen other land and marine monuments also will be studied, including Utah’s Grand Staircase-Escalante, set aside by President Clinton during the height of his re-election campaign in 1996.

Since his nomination by Mr. Trump, Mr. Zinke has cast himself as a fierce defender of public lands and as someone who truly appreciates the importance of America’s monuments.

That has led critics to question how he possibly could recommend rescinding or shrinking those monuments and whether he is laying the groundwork to “cut a deal” that allows him to claim to be protecting public lands while placating those who want the size and scope of monuments diminished.

“Zinke seems like he is readying to cut a deal, protect some of the area, drill, frack other parts,” said Randi Spivak, public lands program director at the Center for Biological Diversity. “But the monument boundaries have already been reduced from the original proposal. Any further reduction in boundaries will put at risk from destructive mining and oil and gas development one of the most wild and ecologically important areas in the West.”

So far this week, Mr. Zinke has met with a number of stakeholders in Utah, including tribal groups in favor of and opposed to the Bears Ears monument.

On much of his trip, he also has been joined by Rep. Rob Bishop, chairman of the House Natural Resources Committee, and Gov. Gary Richard Herbert, both Utah Republicans who oppose the Bears Ears designation.

Officials from the Bears Ears Inter-Tribal Coalition — a group of tribal leaders approved by the Obama administration to oversee the monument — said Mr. Zinke has not given them the amount of time he has given to those who favor revocation.

Many of those officials visited Washington last week and demanded a meeting with Mr. Zinke but were denied.

Mr. Zinke tweeted this week that he is intent on speaking with all sides of the issue, and the Interior Department has flatly rejected claims that tribal leaders and other advocates of Bears Ears are being locked out of the process.

Some conservationists say Mr. Zinke’s eventual outcome — the rescission of the Bears Ears monument — is clear from his actions this week.

“He has cherry-picked the people who he’s talking to, and the list of people who he’s actually listening to is even smaller,” said Meghan Kissell, a spokeswoman for the Conservation Lands Foundation. “If Zinke wants to truly emulate Teddy Roosevelt in spirit, not just photo ops, he will start to take the time to understand the full breadth of the Bears Ears proclamation and not just pay lip service to this so-called review.”

Mr. Zinke’s supporters see the matter differently. They argue that his review process, and his trip to Utah this week, are key steps toward getting all the facts and coming to the right conclusion.

At the same time, however, they stress that the administration simply cannot allow the status quo to continue, and they favor a rewriting of the century-old Antiquities Act to limit how much power presidents have in establishing monuments.

“The Bears Ears Monument is only a symptom of something much greater. The real problem lies in the 111-year-old Antiquities Act. The act must be modernized,” Mr. Bishop said in a statement Tuesday. “I am confident the secretary understands there must be legislative reform to the underlying problem, the Antiquities Act.”